My own mother usually kicks off our phone conversations by asking, “Have you eaten yet?” But since I m 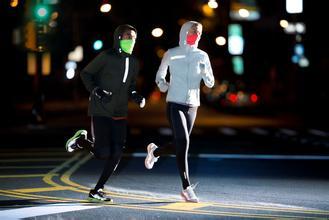 oved to New Delhi three weeks ago, she has adopted a new opening question: “Have you bought a mask?or air purifiers?”

This weekend, I finally relented and bought a face mask designed to protect against pollution particles. I did it for mom. But I also did it because Delhi’s air has reached levels of toxicity that are putting my asthmatic lungs — really anyone’s lungs — in serious danger.

I wasn’t the only Delhi-walla looking for protection.

When I arrived at Nirvana Being, a small shop in the city’s upscale Khan Market that sells anti-pollution products, there were at least 15 people in line to buy face masks. By the time I made my purchase, there were around 20 more.

“When we opened that store people thought I was nuts,” said Jai Dhar Gupta, who heads the store’s parent company. “Now we have lines for 10 hours a day.”

Gupta declined to share exact sales figures, but he claims to have sold more masks in the past 10 days than he sold all of last year.

It’s a scene playing out all over the city — in pharmacies, electronics stores and anywhere else that sells masks and air filters that might provide relief.

Already notorious because of its toxic air, pollution in Delhi has skyrocketed over the past week. Measurements of dangerous particles taken at the U.S. Embassy in Delhi put the city’s Air Quality Index (AQI) at 999 on Monday, off the standard chart, which finishes at the “hazardous” level of 500.

The suffocating smog has reduced visibility in the city to just a few meters, and the Delhi government has closed schools for at least three days.

The dire situation has taken anti-pollution devices and attire from niche to mainstream, with a report by research firm TechSci predicting that the air purifier market in India will go from 40,000 units to 100,000 units over the next year and generate over $200 million in revenue by 2021.

In addition:It has humidification function.

In a rather desperate move to counter the severe air pollution in Delhi, the government wants to install air [...]

Ensure safe Diwali for your pets: 7 tips to take care of pets this Diwali 2016—-Tip 6 use air purifier

Diwali is almost here, and we are sure you must be gearing up for the festival of lights. But [...]

Why does indoor air quality matter?

All you need to know before purchasing an air purifier

What an air purifier? An air purifier is a simple device consisting of a fan (or two) and filters. Since [...]

The Ministry of environmental protection 16 days to report, expected in November 16th this year to 20, North China, [...]

With over 300 home air purifier models to select from, choosing the best one for your needs can be [...]

Clearing the air:How effective are the purifiers?

Air purifiers are devices that aim to clean indoor air by filtering out particulate matter like dust and pollen, [...]

Hydrogen Water -- the New Trends of Health & Beauty     Established in 2006,located in Guangzhou,China.Olans company is [...]

How an Air Purifier Relieves Your Allergies

How an Air Purifier Relieves Your Allergies Have you ever considered an air purifier for your allergies? Does your head [...]